Yesterday the server for the Internet Scrabble Club was down for most of the day. Although there are other Scrabble websites, this is my favourite and it meant I was denied my usual fix of this ubiquitous word game.

This made little difference to the total amount of time I’ve spent playing online Scrabble. In the last year I’ve completed around 2,000 games. That’s 5 or 6 games per day or, at an average of 15 minutes per game, about an hour and a half per day. Every day.

I’ve little doubt this is a side effect of my Parkinson’s medication, notably the dopamine agonist that I take, Pramipexole. This is a kind of artificial dopamine that triggers neurons to fire in the absence of the real neurotransmitter. This can have a dramatic effect on my movement. For example at the moment I am properly medicated, and my fingers are flying over the keyboard, smoothly touch typing this text, almost as if I didn’t have Parkinson’s at all. Once the medication wears off, I will revert to childish two finger typing as my hands start to seize up, and it will become uncomfortable, even painful to continue.

The problem with this type of medication is that it is a blunt instrument that stimulates all the dopamine receptors of a certain type in my brain, not just the ones that are under-serviced. So the “reward” pathways that make me feel good when I do certain activities, sometimes get over stimulated, resulting in addiction. In some people these addictions can be dangerous.

The most common addictions associated with Parkinson’s medication are gambling, shopping and sex. Taking gambling first, I did used to enjoy the occasional flutter and at one point in my life I did get a little carried away with online casinos. So when I started taking Pramipexole, I made a policy decision to never gamble again. No online casino. No sports betting. No lottery tickets. No short-term stock trading.

As for shopping, I do occasionally make an impulse purchase but it’s relatively rare and I tend to think twice these days before blowing my hard earnt savings frivolously. No particular problem there. My sex life is not for sharing in a public forum but I think it’s fair to say I don’t have any significant addiction issues.

So my weakness is online gaming. I play Scrabble when I’m on the exercise bike, when I’m in the bath and sometimes in the middle of the night when I can’t sleep. Actually the Aussies I play against in the night are generally more friendly than the Brits and don’t take the game more seriously than it merits.

I’d prefer to play less and get back a chunk of the 500+ hours I spend each year staring at the 15x15 grid. But having said that, of all the things to be addicted to, it’s not that bad. For a start, it doesn’t cost anything. It’s actually pretty good for exercising the brain. And it’s sociable: I have online “buddies” in places as diverse as Nigeria, New Zealand, South Africa and Canada (noting that these countries share the same dictionary whereas Americans usually use a different dictionary).

Now then, having just finished this post, I have half an hour spare before dinner. I could read a book, check some emails, watch TV. But I can think of something much more “rewarding” to do with those thirty minutes…

A leap into the unknown

Monday 5 April 2021
So I’ve decided to take the plunge. I applied to three MSc courses in London for the academic year starting in September 2021. Fairly quickly I got two unconditional offers, from King’s College and Birkbeck, plus an interview request for a bioinformatics course at Imperial College.
I decided that King’s was the better choice for a number of reasons. Firstly, the course I applied for there is a general foundation in neuroscience pitched at people of all backgrounds. Although I might end up doing bioinformatics, I think a general course will give me more options. Secondly, the research there is more aligned to what I would like to get into, particularly around study into neurodegeneration. And thirdly, the Denmark Hill campus where neuroscience is taught is only three miles from my home. Given that King’s is ranked around 15th in the world for neuroscience and is almost on my doorstep, the decision to accept their offer was a no brainer (no pun intended), and I declined the other two.
And so, I have paid my deposit, told my boss I will be retiring at the end of August, and braced myself for the more frugal lifestyle I will have to adopt for the next three years until I can access my pension. I’ve been saving hard over the last decade or so, and can afford to stop work a few years early and pay for a Master’s – but only just.
I’m somewhat apprehensive. I will be packing in a job in which I am experienced and respected, and that pays well, and will be exchanging it to go back to being a student in my fifties. I will be the old guy in a lecture theatre full of twenty-somethings, struggling to keep up and to assimilate new concepts and remember new facts.
Having Parkinson’s will also make things difficult. I emailed the disability support group at King’s to inform them that I have two particular challenges. The first is that I more or less cannot write any more (though, when properly medicated I can still touch type fairly well). So when it comes to written exams, I will need a special exemption to be allowed to instead type my answers using a laptop. The second problem will be my ability to perform lab work – I assume one needs a steady hand to slice up a brain specimen, for example. I’ll just have to figure out how to manage on a case by case basis.
Will I even be able to pass the course, I wonder, let alone actually move into the sharp end of medical research at the end of it? Will I simply be too fatigued from the Parkinson’s to keep up?
I figure I’ve got nothing to lose. The worst case is that I don’t take it any further, but at least I will have spent my early retirement doing something new and interesting, rather than just playing online Scrabble and pottering in the garden.
I draw inspiration from the course video: “… the start of a fantastic journey where you will learn how the mind and brain works… the magic is to have students from all backgrounds and countries working together…”
I conclude that the best case is I really do embark on an incredible journey and, maybe, just maybe, in some small way, end up making a difference.
This is indeed a leap into the unknown. But it’s a leap worth taking. 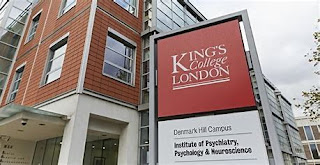 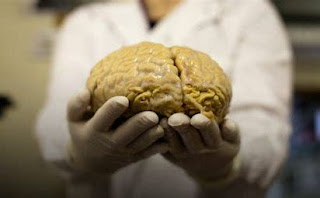 Car parking and other hazards

She took it pretty well.

“I’m really sorry, that was me,“ I ventured when she returned to her car. “I’ll pay for the damage, no problem.”

Her name was Vicky. She was dark haired, probably late twenties and had a soft Irish accent. We inspected the scrape I had inflicted on her vehicle, a red Honda Jazz, in the B&Q car park. I explained that the parking space was very tight and I had damaged her car when reversing out to find a bigger space. But that wasn’t an excuse. The fault was mine, pure and simple.

I gave her my details so that she could send me the bill in due course. On closer inspection there seemed to be damage only to the paintwork – a handsome streak down the back of her car – but no dent to the bodywork, so hopefully not too expensive. I apologised again before leaving.

It’s been a long time, perhaps twenty years, since I had any sort of accident or incident in a car that was my fault. I believe it’s Parkinson’s that made the difference: hands trembling on the steering wheel today, and not paying proper attention.

It’s not just car parking that I find increasingly challenging. There are lots of little day to day things that are frustrating. Like frequently dropping things in the kitchen. Or needing to use a spoon to eat when previously a knife and fork would have been sufficient. Or fumbling with my food shopping at the self-service checkout whilst the queue grows behind me. Or being late for my first meeting of the day because it took ages to button my shirt.

But it’s cognitive decline I worry about the most. I had gone to B&Q to get some lightbulbs. After the car parking incident, I got home to discover that I had bought the wrong ones: screwcap instead of bayonet cap. An easy enough mistake, but one I suspect I wouldn’t have made if I didn’t have Parkinson’s.

New to this blog?

Click here for a selection of posts by theme.

Send a message to me